Posted by Vincent Henderson on November 26, 2013 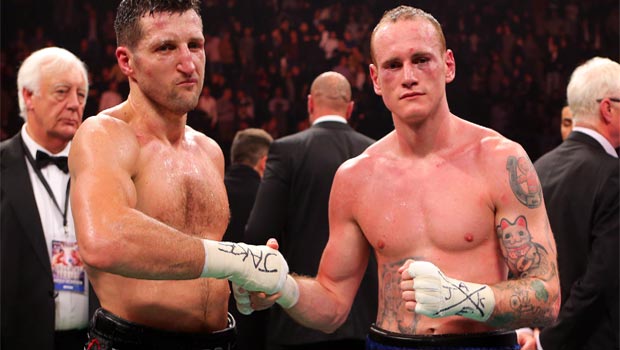 IBF and WBA super-middleweight champion Froch retained his titles after a ninth-round stoppage of Groves although arguably the referee stepped in too early in Manchester.

‘The Saint’, 25, had troubled his older opponent as early as the first round when ‘The Cobra’ was sent to the canvas and the 36-year-old Nottingham fighter was behind on points after eight rounds.

Froch recovered to stage a comeback and take the fight via a disputed decision but Groves certainly proved his detractors – including Froch – wrong and now the two could go toe to toe again.

Hearn, whose son Eddie promotes both men, told the BBC: “The controversy around it from a commercial point of view sells the fight again bigger. I think both fighters would like, for their own reasons, to put the record straight.

“George Groves believes he can beat Carl Froch and Froch says he does not want people to have any doubt in their minds who is the man on the night.
“It makes a lot of sense but boxing and sense sometimes don’t go together so you can never say it is a certainty.

“But it would seem to me the appropriate way forward. The warriors will decide.”

Groves has already claimed he would stop Froch inside six rounds should they come together again.

The Londoner stated: “Let’s be clear about this; we both know who won that fight.

“We know it shouldn’t have been stopped and that you’re very lucky, so honour your word and let’s make this happen.”