Posted by Vincent Henderson on February 1, 2014 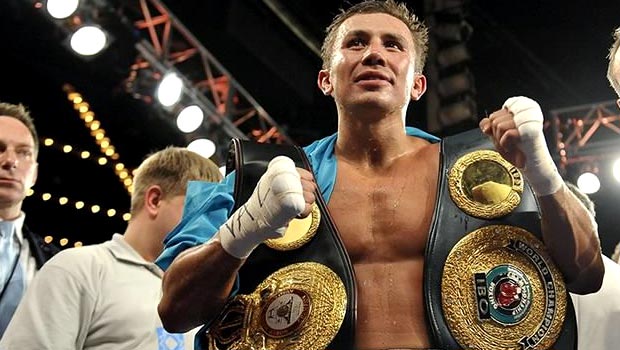 WBA world middleweight champion Gennady Golovkin is targeting another impressive year in 2014, starting with his first fight which is against Osumanu Adama on Saturday.

Golovkin is unbeaten in 28 fights and has shown his power in recent wins, including a demolition of Matthew Macklin in 2013.

He will make his 10th defence on Saturday night but he may be in for a tough night with Adama also known for his fearsome power.

The Ghanian has only lost three times in his 25-fight career and Golovkin admits he can take nothing for granted when the pair meet in Monaco.

The 31-year-old is hoping to extend his unbeaten streak and admits he is ready for another year at the top of the sport.

“I’ve seen Adama and he’s a strong guy and it’s not an easy fight for me. This is boxing, it’s a serious business, it’s not a game, so I take every fight very seriously.

“He’s hungry, he has good motivation for this fight. He’s a good athlete and is a strong guy. It’s a great opportunity for him but also for me.”

Golovkin has been lined up as a possible opponent for super-middleweight world champion Carl Froch, but Adama is confident he can stop that happening by becoming the first man to beat Golovkin.

Speaking about his chances, he said: “I’m prepared for this fight. I was born for fights like this and I’m ready to fight anyone in the world. Now is the time to fight Golovkin.”

“I will be the first person to beat Gennady Golovkin.”