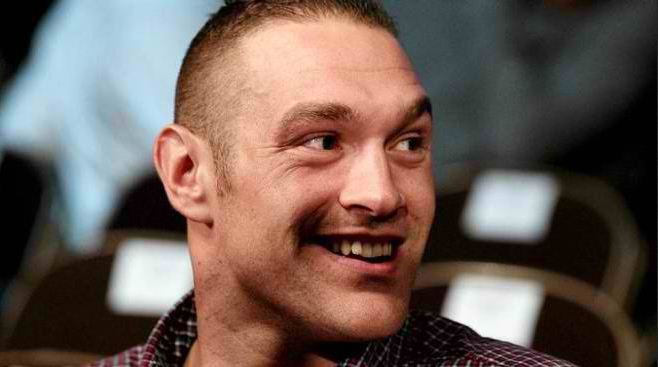 Tyson Fury feels a victory over David Haye will show he is good enough to take on and beat Klitschko brothers and become a world champion.

The all-British contest has now been confirmed, with the two heavyweights set to go toe-to-toe at the Manchester Arena on Saturday, September 28.

Fury will go into the showdown with an unbeaten record, claiming victories in all 21 bouts to date – including 15 knockouts, but Haye presents him with his toughest test yet.

The former world champion is back in the ring, having originally retired following his disappointing defeat to WladimirKlitschko in 2011.

Haye on his return secured a knockout win over DereckChisora, in July 2012, but was forced to pull out of a fight with Manuel Charr this summer due to a hand injury.

Fury, meanwhile, decided to give up the chance to fight for the IBF world title, turning down a clash with Bulgarian KubratPulev in order to take on his fellow Brit.

The 24-year-old believes a win over Haye will significantly improve his profile and will lead to the chance to face one or both of the Ukrainian brothers.

Fury admitted: “If David can beat me then congratulations to him, he will have put me out of my misery and there will be no hard feelings at all.

“A man can only do what a man can do but I believe what I can do will be good enough to beat not only Haye, but the Klitschkos as well.”