Posted by Vincent Henderson on December 19, 2018 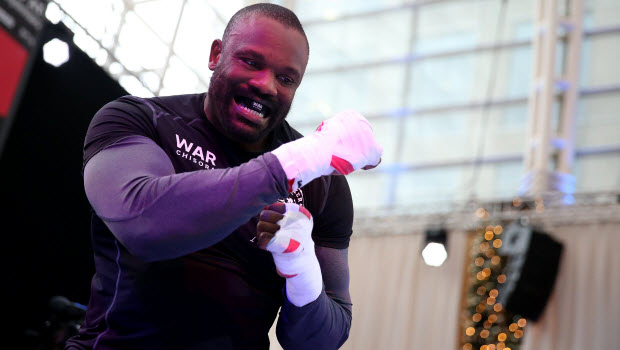 British heavyweight Dereck Chisora has fired a warning to opponent Dillian Whyte, insisting he has power in both of his hands ahead of their rematch.

The two giants will meet on Saturday night at The 02 Arena in London, two years after their first bout which created headlines around the world. After a gruelling 12-round war, Whyte got his hand raised thanks to a points decision but both men are promising a knockout victory.

Chisora hurt Whyte towards the end of their fight but Whyte has claimed he is a level above his rival. In his last fight, Chisora recorded a huge knockout win over Carlos Takam and has warned Whyte he will face the same fate.

“I’ve said it before, Dillian has no power punch which worries me. I was born with my strength and power, I don’t need to lift weights to boost myself and have power. I’ve just concentrated mainly on cardio for this training camp,” Chisora told Sky Sports.

“He needs to lift so many weights to feel like he has power. I thought I won the first fight and most people did as well.

They gave it to him because of all the antics beforehand, the British Board didn’t want me winning. “This is a shootout now, this is the Wild, Wild West with two guns blazing. I’m a different beast now, I’m going to be crazier in the ring.

“Camp has been great, I’ve got a program with times of training sessions, who’s training me, whose driving me etc.