Posted by Vincent Henderson on October 8, 2017 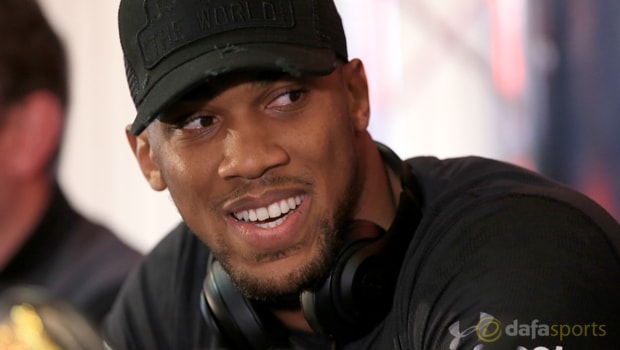 WBC heavyweight champion Deontay Wilder insists Anthony Joshua should travel to America for a world title unification clash in the near future.

Wilder has had to endure more disappointment in recent weeks after Luis Ortiz failed a drugs test, but Bermane Stiverne has stepped in to fight on November 4.

The clash in New York will come just days after Joshua defends his WBA ‘super’ and IBF titles in Cardiff against Kubrat Pulev.

Both Wilder and Joshua are expected to come through their title fights and fans are desperate for them to meet at Wembley.

Joshua, 7.00 to beat Pulev in round 4, defeated Wladimir Klitschkho at the national stadium in April but Wilder has urged ‘AJ’ to travel and meet him in the United States.

Wilder has knocked out every one of his 38 opponents and he is adamant he will unify the division when the pair eventually meet.

He told Sky Sports: “To be global, you’ve got to make your name in America and Joshua is not as big as people think he is over here.

“The UK is about the size of Texas. One state in my country, where people don’t know who Joshua is for real.

“If he wants to be global, he needs to come to America to fight me, but to be honest, I don’t care where it happens.

Even Eddie Hearn says his man will knock me out in three, so why haven’t you made the fight yet?

“Everybody is scared. I will unify the division and it will be very soon.”