Posted by Vincent Henderson on February 20, 2018 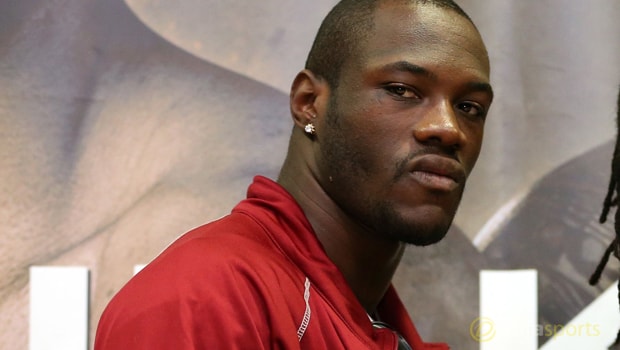 Deontay Wilder’s main aim is to unify the heavyweight division and he has once again set his sights on Anthony Joshua.

Wilder is the reigning WBC champion and he will put that title on the line for the seventh time when he takes on Luis Ortiz in New York on March 3.

The 32-year-old is highly fancied to win that fight and a victory would certainly keep him in the running to unify the division, as he aims to take on the winner of the upcoming bout between IBF and WBA ‘Super’ champion Joshua and WBO titleholder Joseph Parker.

“I told people to do their research and their history, then they’ll come up with the facts instead of the fiction.

But, I want to unify by all means necessary, whether [Joseph] Parker has it or Anthony [Joshua] has it,” Wilder said.

“It doesn’t matter who has it, I want to unify and I can’t be clearer than that.”

British fighter Joshua is highly fancied to beat Parker, as he is priced at 1.10, while the New Zealander is available at 7.50 and the draw is on offer at 26.00.

Joshua certainly appears to be Wilder’s preferred opponent for any potential unification bout, with the American admitting that he has been eyeing a showdown with his fellow heavyweight for some time.

“The big fight is me and Joshua, of course, and that’s who I want,” Wilder added.

“I’ve been calling him out for almost two years now. A lot of people think this just started, but it didn’t, it started years ago.”