David Allen: Lucas Browne will not stop me 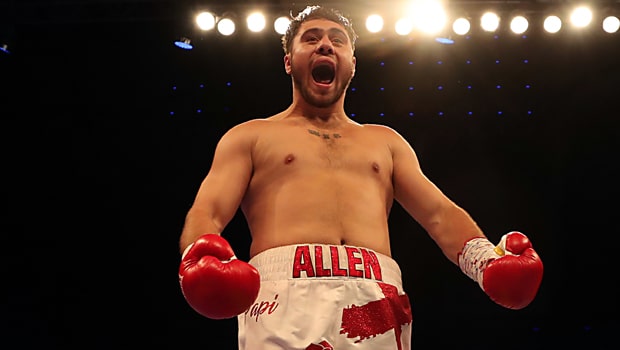 British heavyweight David Allen has claimed Australian Lucas Browne has “zero chance” of defeating him by knockout when they meet at The O2 in London.

Promoter Eddie Hearn confirmed on Monday that the duo will co-promote a card on April 20, with Derek Chisora, Josh Kelly, Joe Cordina and Conor Benn also on the bill in London.

Allen has been desperate to fight Browne for the last 12 months and he has won three fights in a row to make it happen.

Allen has already lost four of his 22 fights, but he was only stopped on one occasion despite facing the likes of Tony Yoka, Dillian Whyte and Luis Ortiz.

Browne, a former WBA champion, will be the favourite for the bout but Allen insists he is in great shape and will not be stopped. “The last thing I worry about when I box is the power,” Allen told Sky Sports.

“That’s not because I can take a good shot, even though I can. “People say ‘you haven’t got a good defence’, I’ve got a great defence, I see every shot coming. Even the ones I take clean in the face, I know they’re coming. You’re not going to knock me out.

“Lucas Browne, if he’s planning on beating me with power, he might as well stay in Australia, because there’s zero chance of me getting knocked out.

“I know this is a big chance and I beat Lucas Browne then I’m right in the mix. I feel like everything is on track for the best David Allen, which sounds cliché, but I’m feeling good.”