Crolla and Burns set up date

Posted by Vincent Henderson on August 7, 2017 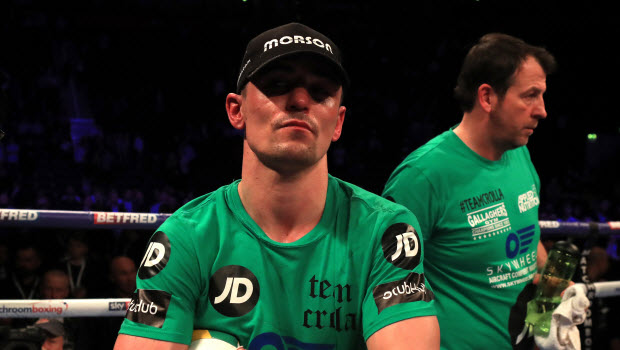 Anthony Crolla is hoping to bounce back to winning ways after setting up a bout with Ricky Burns in a lightweight contest at the Manchester Arena on October 7.

The 30-year-old lost his WBA lightweight title to Venezuela’s Jorge Linares in September 2016 and failed to avenge that defeat when they met again in March this year.

Crolla will now have the opportunity to get his career back on track against the wounded Burns in his home city.

The Mancunian still harbours ambitions of challenging for world titles and Crolla insists the loser of their October bout will have a long road back.

“I’m not going to say the loser has nowhere to go, but it’s going to be a tough road back,” he said.

“We’re both coming off losing our world titles and the incentive is to win the fight and get back in the frame.”

Burns will also head into the fight with the intention of returning to winning ways after a disappointing trip to the ring last time out.

The Scot believes there will be plenty of respect in the build up to his meeting with Crolla as they finally go toe-to-toe.

“When I held world titles at super-featherweight and lightweight, Crolla’s name was always mentioned but it never happened,” Burns said.

“He’s a great guy and a great fighter, I don’t think you’ll get much trash talk in the build-up. The best man will win on the night.”