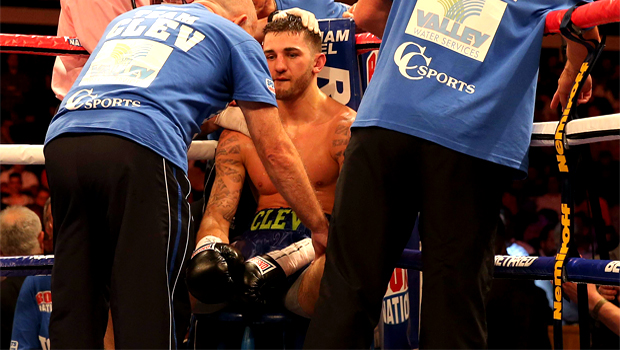 Former world champion Amir Khan advised Nathan Cleverly to look towards trainer Freddie Roach to help him recover from his first loss as a professional boxer.

The man from Wales had previously never been knocked to the canvas and boasted an unbeaten record, but his Russian opponent also entered the bout with an eye-catching record of 22 fights, 21 wins, 20 by KO, and 18 of those coming inside three rounds.

The 26-year-old revealed after the match that he would need to take some time away from the sport to consider his options going forward.

Khan worked with Roach for four years after the Brit was knocked out in the first round of his WBO intercontinental lightweight title defence against Breidis Prescott in 2008.

“He knows exactly how to build a fighter and how to put that confidence back in the fighter.

“If you look at me when I got beaten by Prescott in my first defeat, Freddie brought me back and I became a two-time world champion.

“I think that will be amazing for him [Cleverly] if he goes to America.

“It will be a big change for him in his career but I really believe it will make a big difference and he’ll come back a different fighter.”