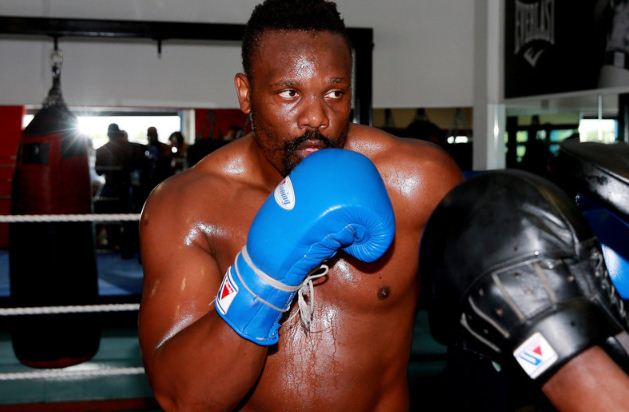 British heavyweight Dereck Chisora says he is in ‘great shape’ and has promised ‘fireworks’ when he fights Malik Scott on Saturday.

The 29-year-old has lost four of his last six fights and was far from impressive when he laboured to a stoppage win against Hector Alfredo Avila back in April.

Chisora now faces the unbeaten American at Wembley Arena, which is a daunting prospect, but he is expecting a big improvement on his last fight.

“I’m in great shape and on Saturday there will be fireworks. Just wait and see. I’m looking forward to this fight more than any other,” he said. “I’m in a good place right now.”

Chisora was knocked out by David Haye in the fifth round back in July 2012 and has also suffered defeats against Tyson Fury, Vitali Klitschko and Robert Helenius.

Despite the four career defeats, Chisora is taking the positives from them and says the pressure is now off.

“When I lost my fight with David Haye one of my rivals said to me ‘you’ve done it all. You’ve lost four fights, now the rest will be easy because you don’t have that worry about losing in your head’,”  Chisora added.

“I thought he was talking a load of rubbish when he told me that, but well and truly it is easier for me now.”

Scott, 32, has won 35 of his 36 bouts and even though it is a difficult fight, Chisora’s promoter Frank Warren says it is one he must win.

“This fight is about credibility for Dereck, about showing that he belongs with the elite and is capable of doing it when he gets into good physical condition,” Warren said putting the pressure back on his man.

“He certainly can’t afford a loss now, he has to be win, win, win all the way.”