Posted by Vincent Henderson on December 20, 2018 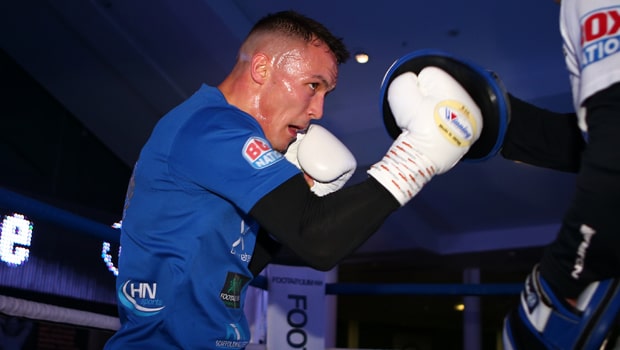 Carl Frampton says he is prepared for a tough fight with Josh Warrington in Manchester on Saturday but is convinced he will claim the title and become a world champion again.

The 31-year-old believes that some feel his career is on the decline, and Frampton now hopes to prove he is the best active featherweight by beating Warrington.

“This will be me showing there’s plenty left yet,” said ‘The Jackal’. “I want this title more than I have ever wanted a title.

“When this fight is taking place, it may turn into a dogfight and I am prepared for it. That’s when they will realise I am not over the hill.”

He added: “I believe I am better. Firstly because I was beating guys like [Leo] Santa Cruz and Scott Quigg when I wasn’t really enjoying boxing. If I’m honest I hated it.

“Now I’m switched on, have a smarter approach in camp and I feel I am better now than when I beat Santa Cruz.

“I believe he is very good and this will be tough but I believe I beat any featherweight in the world on the day.”

Frampton has fought three times since losing his world title to Santa Cruz in their rematch in 2017, labouring to wins over Horacio Garcia and Nonito Donaire before stopping Luke Jackson in the ninth.