Canelo Alvarez has his sights set on the history books 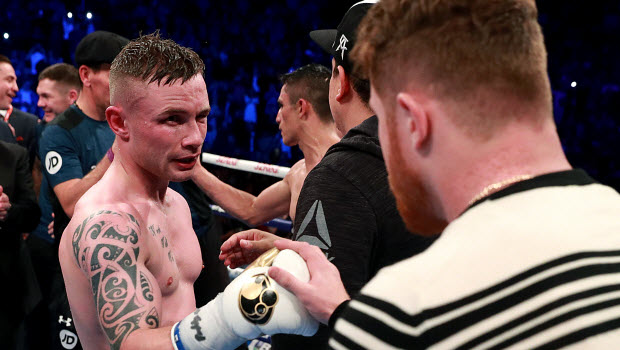 Mexico’s Saul ‘Canelo’ Alvarez is looking to make history once again and secure his place in boxing folklore when he takes on American Danny Jacobs this weekend.

The pair will meet at the T-Mobile Arena in Las Vegas on Saturday night, with Alvarez set to defend his WBA ‘Super’ and WBC middleweight titles.

Jacobs will also defend his IBF strap in what could be the fight of the year and both men have been very confident in the build-up. Alvarez, a three-weight world champion, can move a step closer to becoming the undisputed middleweight champion and he believes he will have too much experience for his rival.

“It’s very important but it’s very motivating as well. This is the first step, another step in the objective we have this year of winning all four titles,” he told Sky Sports.

“I want to write my own history and without a doubt, I want to go down as one of the greatest in boxing.” Jacobs will have a height and reach advantage, but he claims he has planned for all outcomes and he is ready to shock the world this weekend.

“We have so many different game plans and that’s the beautiful thing about what I display. I have not only the gut and determination but I have the skill and we’re going to put everything together on Saturday night, and Canelo Alvarez is in for a big upset,” he told reporters.