Boxing: Camacho set for next Conquest 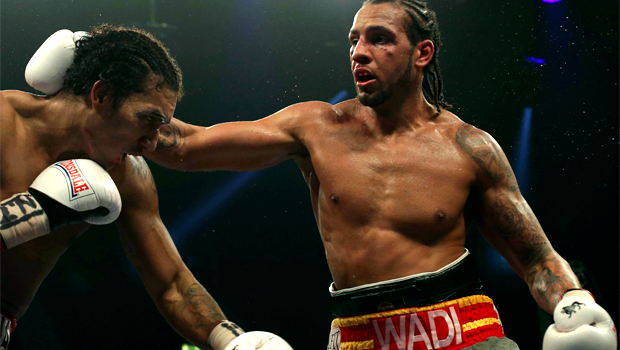 Prizefighter champion Wadi Camacho will take on Tony Conquest on the undercard of Anthony Joshua’s professional debut at London’s O2 on October 5, it has been confirmed.

Camacho is a highly-regarded fighter and boosted his profile by knocking out Hari Miles to win the Cruiserweights III at York Hall in May.

The 28-year-old believes his career is on the up and has called on promoter Eddie Hearn to classify the planned bout with former WBO International champion Conquest into an eliminator for the British title.

“I am very strong and now I have climbed to a new platform,” he said. “The platform I am on now and that I am training for is a different level.

“Hopefully Eddie can make this a final eliminator for the British title but I have to show everyone the ability that I have. The division is very open, I made an error when I lost in March and I have bounced back up and shown everyone that I don’t have to use just my power, I can use my boxing ability as well.

“October 5 will be amazing and I will be shocking people when they see just how brilliant a boxer I am.”

Camacho is well aware that Conquest is a tricky opponent but he believes it is now time for him to step up and show what he is all about.

He added: “I have watched Tony Conquest a few times when I have been at York Hall supporting a couple of other fighters. I have seen him box and he is an okay boxer but I don’t think there will be any trouble.

“It is going to be a great performance from me because it is time to show the different quality of fighter that I am.”

As well as the main billing of Joshua’s pro debut on the night, the undercard at the Greenwich venue will also feature