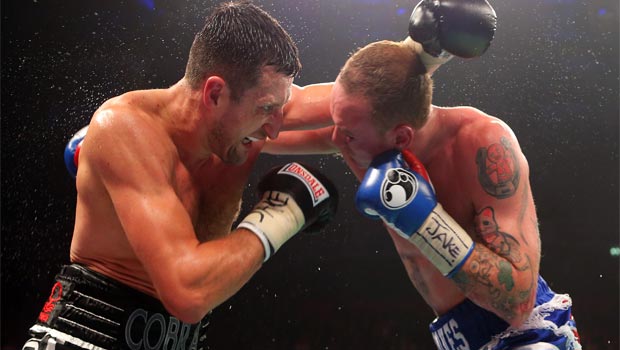 Carl Froch and George Groves could be set for a rematch in 2014, with promoter Eddie Hearn saying there is a ‘great chance’ it will happen.

Froch won the last fight courtesy of a contentious stoppage by referee Howard Foster in the ninth round back in September, to leave Groves fuming.

Groves, who put the reigning IBF and WBA champion down in the first fight, has pushed for a rematch ever since and Hearn believes it could happen.

“I think there’s a great chance,” he said when asked about the possibilities of a rematch.

“I think it comes down to ego and pride at the end of the day, and of course a lot of money.

“It was a tremendous fight last time and taking away the controversy, it was one of the best fights I’ve ever seen. A rematch could be even bigger.

“If I was a betting man I think we are going to get there. I hope we do.”

Froch does have other options that Hearn plans to discuss with him this week, one of which is a chance to avenge his loss to Andre Ward.