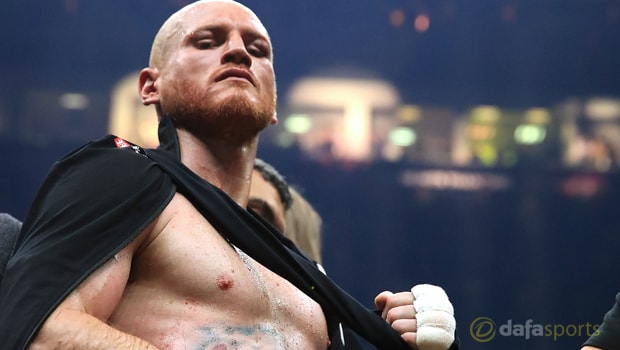 The 37-year-old lost his rematch with Tony Bellew at the 02 Arena in London on Saturday night.

The former undisputed cruiserweight and heavyweight champion lost the first fight via TKO after rupturing his Achilles.

However, the result was far more convincing the second time around as Bellew knocked down his rival three times before the referee called the fight off.

Groves turned to Instagram to reveal his thought after watching the fight.

The former member of Team Hayemaker said: “David was kind and generous to me when I turned pro. I learnt a lot from him in the early part of my career.

“I won’t forget that. I hope he finds his new calling, I hope he’s happy, I hope he never decides to fight again.”

Former trainer Adam Booth also claimed Haye made a mistake by returning to the ring after a four-year lay-off.

He has urged Haye to retire alongside Gary Logan, who was also part of the Hayemaker set-up.

Logan tweeted: “Can’t read about it for a while and very much doubt I’ll ever watch it again.

I got up and left arena at the end of the 4th round and heard result as I got outside. Congrats to Tony but a sad day for all who knew the Hayemaker at his best.”

Meanwhile, Groves will now turn his attention to his own fight as he takes on Callum Smith this summer in the final of the World Boxing Series.