Boxing: George Groves out to prove his class

Posted by Vincent Henderson on October 12, 2017 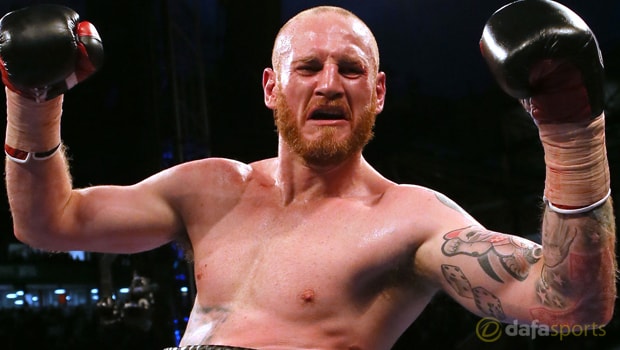 George Groves has warned Jamie Cox that he is in the form of his life heading into Saturday’s fight at Wembley Arena.

The pair meet in the quarter-finals of the Super Series with the winner going on to face Chris Eubank Jr., following the ‘Next Gen’s’ recent victory over Avni Yildirim.

Having bounced back from his defeats to Carl Froch and Badou Jack, five straight wins have seen Groves get back to the top of the tree and he is clearly confident of keeping his WBA (Super) super-middleweight title.

Cox heads into the fight aiming to defend his unbeaten professional record of 24-0 but will be making a significant step up in class on Saturday.

‘St George’ is clearly confident and has warned his Swindon-born opponent that the Super Series has come along at the perfect time for him.

“I feel I’m in the form of my career,” said Groves. “This tournament has come along for me at the perfect time.

I’ve had a fantastic camp. Everything that we wanted to happen did happen.

“It’s gone perfectly. I know what Jamie Cox can bring. I know that we maybe haven’t seen the best of Jamie yet because he’s fought nowhere near the level that I have.

“He hasn’t fought anyone decent to get this. I’ve picked him, it’s fantastic for him.

We’re hoping that the best of Jamie Cox will show up. I look forward to going out and performing and performing well. And to show everyone in the division that I’m still the man to beat.”