Posted by Vincent Henderson on March 4, 2014 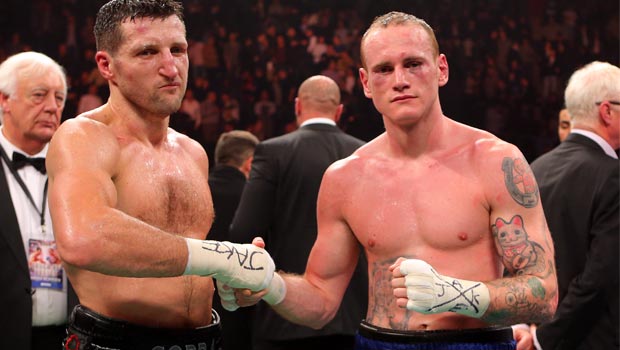 George Groves is already looking forward to a “great night” after Wembley Stadium was confirmed as the venue for his rematch with Carl Froch.

Froch will once again put his WBA and IBF super-middleweight titles on the line for the clash on May 31, in what promises to be one of the biggest ever nights for British boxing.

The rivals will meet in London after weeks of speculation, with several other grounds considered in the process.

Nottingham Forest’s City Ground, Old Trafford in Manchester and other football stadiums were thought to be an option, but Wembley will stage the event.

Froch controversially won the first meeting between the pair in November and Groves is now looking for revenge. He floored Froch in the first round but, after a brutal contest, the Nottingham man prevailed to stop Groves in the ninth round.

Since the first clash the pair have been exchanging words and Groves admits he cannot wait for the night to come around for what could be the biggest British attendance for a boxing match.

“It’s brilliant news for many, many reasons,” Groves told Sky Sports News. “This is a huge fight. It needed to go to an impressive stadium and Wembley is top of the list. For me, personally, it’s going to be a great night.

“I was at that record-breaking Hatton fight, wow what an atmosphere. It was a great night of boxing and I think we’re going to have the same this time round, except I’m going to put Carl Froch to sleep as well. They’ve got that to look forward to as well.

“I can’t wait to be crowned world champion in my home city.”