Posted by Vincent Henderson on September 7, 2017 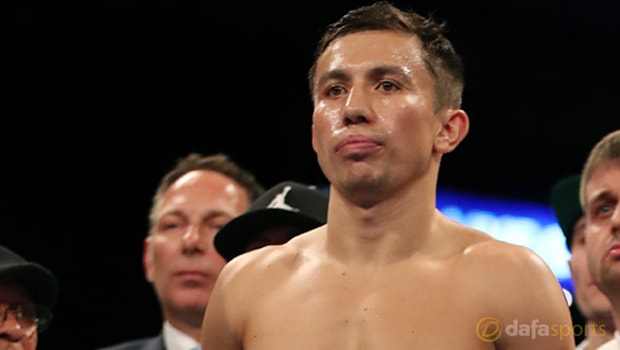 Gennady Golovkin knows a win over Saul ‘Canelo’ Alvarez will see him move a step closer to rewriting boxing history.

The Kazakh star will make his 19th middleweight title defence as he puts his IBO, WBA ‘super’, WBC and IBF world titles on the line, putting him just one behind the record held by American Bernard Hopkins with 20.

The 35-year-old is wary of the Mexican, who is eight years his junior and has just one defeat on his record – against Floyd Mayweather.

However, GGG heads into the showdown in confident mood and he expects to emerge victorious and retain his unbeaten record.

“I want to win this fight because maybe for me this win will be like a history fight, like Leonard versus Hagler,” Golovkin told reporters.

“The story in the middleweight division, it’s a long story. I remember a lot of great champions like Carlos Monzon, Sugar Ray Leonard, Marvin Hagler and Hopkins.

“Right now I think there will be new stories, new times for us. So many stories are huge in the middleweight division.

To be a champion is huge. “And Canelo, he’s a very special guy. Right now for us it’s huge. Especially for me, it’s huge.”

Golovkin also moved to play down any notion that age is starting to catch up with him and he hopes to continue boxing for five more years.

How long will I go on for? Maybe like 40, five years more. This is boxing. Every day is difficult and dangerous. “But right now I feel great.

Everything’s good. My family and my team support me. I feel very comfortable. So probably, yeah, five years more.”