Posted by Vincent Henderson on January 28, 2018 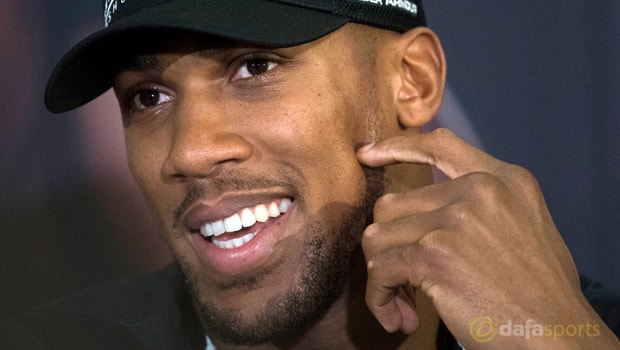 WBC heavyweight champion Deontay Wilder is hoping Anthony Joshua can dispatch Joseph Parker so he can line up against the Briton and give the fans what they want.

Joshua is set to put his IBF, WBA and IBO titles on the line against WBO champion Parker at the Principality Stadium in Cardiff on March 31.

The winner is likely to take on WBC belt holder Wilder later this year in a mouth-watering unification clash.

The undefeated American believes a showdown with Joshua is what the fans want to see and insists he is desperate to see the Briton come through his clash with Parker, while he will need to ensure he defeats Luis Ortiz March 3.

“I wouldn’t dare curse that he loses because people want to see the best fight the best. I want the heavyweight division to stay lit up as it has been and stay exciting like it is.”

Wilder will be working at the Joshua-Parker event as a commentator and he has promised to go face to face with the 2012 Olympic gold medallist if he comes out on top.

He added: “I will get in the ring and go face to face with him.

“That will be amazing and I hope he is anticipating seeing me and people are anticipating two tough guys getting in the ring.

We will call this the preview. This will let people see what our fight will be like.

“It typifies the show as well, because people want to know what’s going to happen next.

I am an unpredictable person, I do what people don’t expect me to do but I do things when it’s the right time for me to do them. You’ll see.”