Posted by Vincent Henderson on October 14, 2015 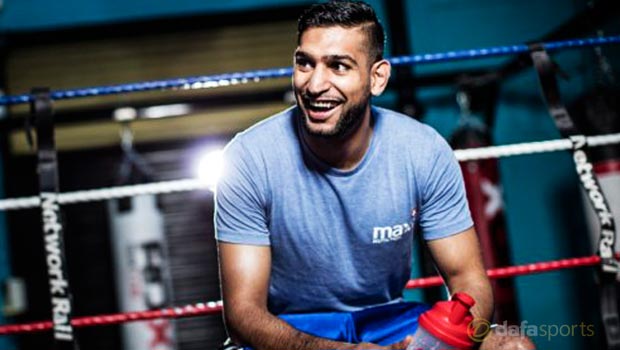 Amir Khan says he could turn his attentions to fellow Briton Kell Brook if he cannot convince former sparring partner Manny Pacquiao to fight him.

Pacquiao has indicated he will take on one more opponent before calling time on his career, but Khan doesn’t think the Filipino sensation will agree to a showdown.

He told the BBC: “It just seems Pacquiao doesn’t want to fight me.”

The Bolton boxer had hoped to meet Floyd Mayweather before the American’s retirement, but instead he selected Andre Berto for his final bout.

Khan added: “I don’t want to be in the same position as I was with Mayweather, when he promised me the fight and I was waiting and waiting and it never happened.

“He probably just doesn’t feel confident and thinks it will be a tough fight for him.”

The former two-time light-welterweight world champion believes Danny Garcia and Lamont Peterson, who have both recorded wins over Khan, could be options, but he is also open to an all-British showdown with Brook.

Brook has called out Khan in the past without success but the 29-year-old from Sheffield now holds the IBF welterweight crown and as such is a bigger draw.

He said: “A rematch with Danny Garcia could be an amazing fight for me – it is a fight where I want to prove myself.

“I know I am a better fighter than he is and I just made a mistake when I fought him the first time.

“When I fought Lamont Peterson I know I won the fight but didn’t get the decision, but a fight with Kell Brook could happen as well – he is one of the top guys who we would be looking at.”

Brook is in action later this month as he defends his IBF crown against Diego Chaves, with Brook 1.08 to win by any method. Chaves is 7.50 and a draw is 26.00.