Anthony Joshua urged to use all his weapons

Posted by Vincent Henderson on September 22, 2018 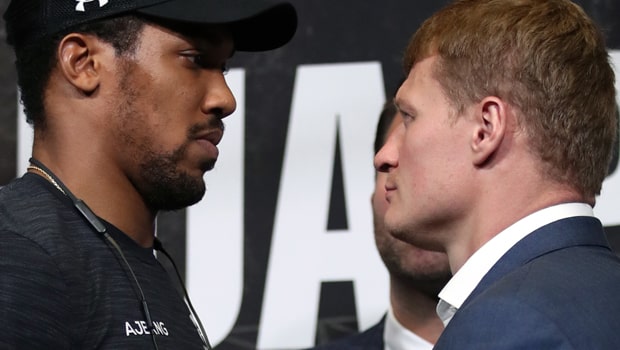 Joshua will put his IBF, WBA and WBO heavyweight belts on the line at Wembley Stadium against the dangerous Russian who arrives in the capital with a 34-1 record.

Povetkin, at 39, is 11 years the British star’s senior and nobody is underestimating a man who has only lost to the great Wladimir Klitschko in a stellar career.

Joshua has won all 21 of his professional fights and has altered his physique to deal with whoever is standing in front of him.

The Watford-born ace weighed in at a career-heaviest 18st 2lbs against Carlos Takam in 2017 but trimmed down to 17st 4lbs in his last fight against Joseph Parker on March 31 this year.

He is expected to be heavier for this weekend’s bout but Hearn believes that it is not just size that will help overcome Povetkin.

“He needs a bit of both,” he told Sky Sports.

“Now he needs both. He needs the speed to beat Povetkin to the punch and the bulk to absorb what will come back.”

Dafabet have Joshua as an overwhelming 1.08 favourite to get the job done, with Povetkin on offer at 8.50 but Hearn has warned that the result will depend on Joshua’s ability to use all his assets.

“Povetkin is very strong and very bullish,” he added.