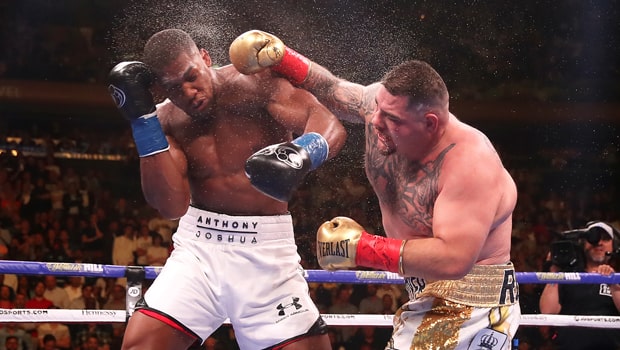 Unified world heavyweight champion Andy Ruiz Jr says Anthony Joshua is “not good at boxing” and has vowed to beat him again when the pair meet later this year.

Ruiz Jr became Mexico’s first-ever world heavyweight champion on June 1 when he stopped Joshua in the seventh round of their bout at Madison Square Garden.

Joshua had been expecting to breeze through the fight, but he was left stunned despite sending Ruiz Jr to the canvas in the first round. In total, the Briton was knocked down on four occasions before the referee stopped the fight, resulting in the loss of his IBF, WBO, IBO and WBA ‘super’ titles.

A rematch is now being discussed for the end of the year, with New York, London and Cardiff all under consideration. Joshua remains the favourite for the fight but Ruiz Jr claims he will have his hand raised again.

“The rematch is going to be the same. I am going to be more prepared and more ready,” Ruiz Jr told reporters. “I know his flaws. I can do a lot better. The only thing that he can do is just run around, he’s not good at boxing.

The winner could find themselves taking on Dillian Whyte later this year, although he must overcome Oscar Rivas on July 20 first. Whyte is as short as 1.20 to win, while Rivas is a 4.75 outsider for the fight at The 02 Arena in London.