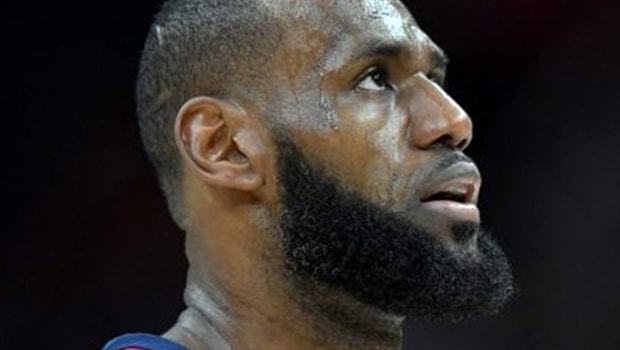 The Golden State Warriors defied an absorbing display from LeBron James as they took Game 1 of the NBA Finals by 124-114 against the Cleveland Cavaliers in overtime.

The teams are meeting in the NBA Playoffs decider for the fourth year running, with the Warriors leading 2-1 after they defeated the defending champions 12 months ago.

Golden State took advantage after a JR Smith blunder in the dying seconds of regulation and carried that momentum into overtime, kicking off with a 7-0 run that left Cleveland in a hole.

The Cavs were left in disbelief after LeBron James scored 51 points – the sixth player in NBA history to hit 50 points in a finals game.

Stephen Curry finished with 29 points and Kevin Durant added 26 in Game 1, which came to a thrilling and controversial crescendo at the Oracle Arena in Oakland.

With 36.4 seconds remaining in the fourth quarter, Kevin Durant was called for an offensive foul on James, but the decision was reversed on review.

Durant levelled the game from the free-throw line, before James put the Cavaliers back in front.

Curry scored a three-pointer to put the champions ahead but in the dying seconds, with the scores level a 107-107, the Cavaliers George Hill missed the second of his two free throws to win the game.

JR Smith grabbed the offensive rebound but ran down the clock instead of attempting a game-winning shot, having apparently miscalculated the scoreboard.

Warriors coach Steve Kerr said admits that Finals are going to be tough, given the outstanding of the Cavaliers talisman James: “It’s not going to be easy. We’re playing a great team.

“They’ve been to the finals four years in a row, just like we have, for a reason. They have a guy who is playing basketball at a level that I’m not sure anybody’s ever seen before.”