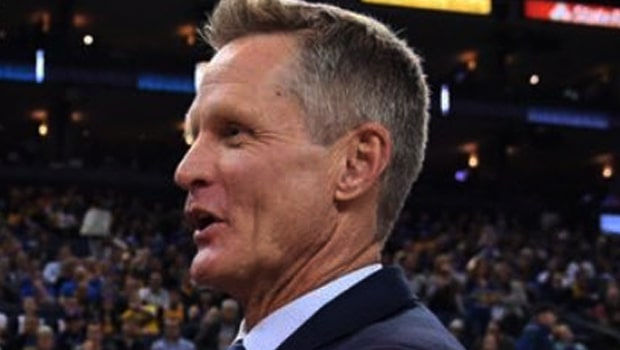 Golden State Warriors head coach Steve Kerr has warned his team they must remain hungry for success if they are to win a third consecutive NBA Championship this season.

The Warriors have been the dominant force in the NBA over recent years, winning three of the last four championships, and they are now bidding to become the first team since the Los Angeles Lakers in 2002 to win three consecutive titles.

Golden State seem well placed to challenge for another title as they currently sit second in the Western Conference standings, winning 19 of their 29 regular season matches to date.

However, they received a stark reminder about how difficult it is to win the NBA title when they were comprehensively beaten 113-93 by the Toronto Raptors last time out.

Kerr admits complacency can creep in after a title win, so he wants his team to refocus and bounce back from the loss at the Oracle Arena.

“When you win a championship, part of you forgets how hard it is after the glow of the celebration, the parade and everything else,” Kerr said.

“You forget how much work you need to put in. And then you do it again. The same thing happens.

“You have to be able to rely more on execution and discipline rather than emotion.”

Golden State have a chance to return to winning ways when they visit Sacramento Kings on Friday.

Kerr’s team are priced at 1.29 to win, while the Kings, who currently hold the final playoff position in the Western Conference, are available at 3.80.