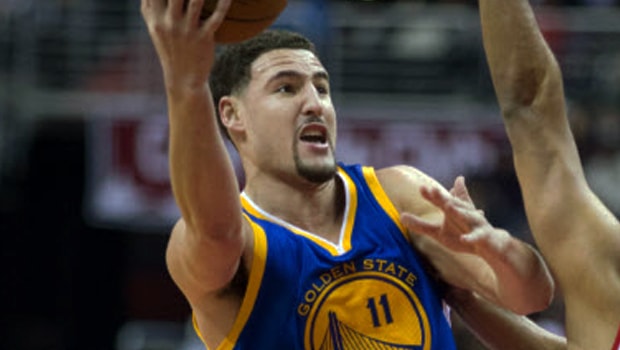 Golden State Warriors produced a thrilling comeback to beat the Houston Rockets 115-86 and set up a deciding game in the NBA Western Conference Finals series.

The Warriors were 17-points down during the first quarter but they rallied to set up an intense finish against the Rockets.

The series is currently tied at 3-3 and the deciding game will take place at Houston on Monday.

Golden State are looking for a fourth successive NBA finals appearance and their chances were boosted by Klay Thompson.

He scored 35 points, while Stephen Curry added 29 of his own. Kevin Durant was also in inspired form as he added 23 to try and stop Houston reaching their first finals since 1995.

Thompson has tried to keep his team grounded though and admits they need to improve ahead of the final game.

He told reporters: “If we take the same focus and execute the game plan like we should, I have all the confidence in the world in this team.”

Houston’s James Harden was unlucky to be on the losing side as he scored 32 points, nine assists and seven rebounds in the first half.

However, he only added 10 more in the second half but he remains confident his team can win the series.

“We know what we have to do. We’re still confident. We’re a confident group. We’ve just got one chance,” he said.

The winners will meet either Cleveland Cavaliers or Boston Celtics in the NBA finals.

Their Eastern Conference final is also tied at 3-3 with the final game played on Sunday.

Golden State are now 1.40 favourites for Tuesday’s game, with Houston available at odds of 3.10.