Posted by Marlon William on November 4, 2017 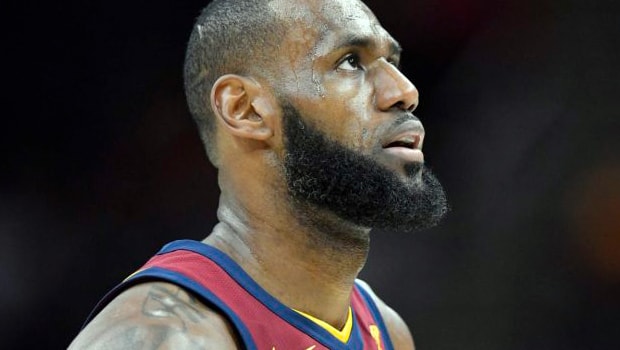 LeBron James has questioned Cleveland Cavaliers’ effort after they slumped to their fourth straight defeat against the Indiana Pacers.

The Cavs have been crowned Eastern Conference champions in each of the last three years, but they have made a poor start to the current season, culminating in their 124-107 home loss to the Pacers on Wednesday.

Cleveland have particularly struggled defensively of late, as they have shipped at least 112 points in each of their last six matches, and LeBron, who had been reasonably optimistic prior to the Indiana defeat, has now questioned his side’s ability to dig deep for 48 minutes.

“We can’t sustain effort for 48 minutes,” the four-time MVP said.

“We have an opportunity to be very good, but then you see some of the lulls that we have, it’s just very difficult on our team right now.”

Cleveland’s chances of arresting their slump in form have not been helped by the calf strain suffered to Tristan Thompson against Indiana and LeBron admits the Canadian’s potential absence is a blow to his side.

“We’re trying to figure it out on the fly and unfortunately we don’t have time to practice a lot and do those things,” LeBron added.

“And now Tristan went down again, we don’t know how long he’s going to be out, so our team is kind of depleted as well.”

The Cavs are available at 1.50 to claim Eastern Conference glory come the end of the season and they will be looking to return to winning ways when they travel to the Capital One Arena to take on the Washington Wizards on Friday.