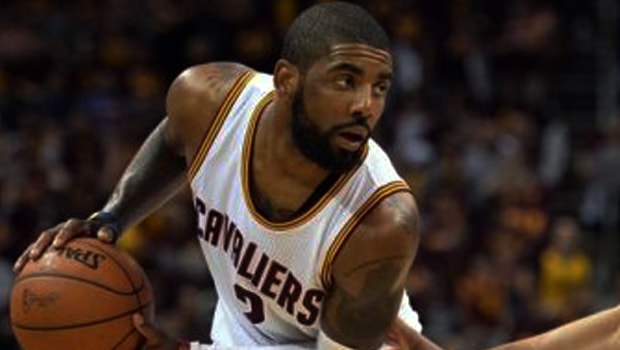 Cleveland Cavaliers star Kyrie Irving feels his team are in a “peculiar place” as they continue to plan for the new season.

The Cavs fell short in their bid to defend the NBA Championship after losing the finals series 4-1 to a dominant Golden State Warriors.

There have been claims talisman LeBron James is frustrated at the Cavs’ failure to build a team capable of challenging the Warriors next year but Irving seems fairly relaxed over the situation.

“We just have to, you know, make sure all our pieces are aligned first, and then we go from there. “It’s just summer time, a lot of craziness going on in the NBA.

[It’s] best to just observe and then see what happens but obviously there are some things that I’m pretty sure our organization wants to do, and we’ll go from there.”

Cleveland have brought in Jeff Green and Jose Calderon from Orlando Magic and Atlanta Hawks respectively ahead of the new season while Kyle Korver has been re-signed and prospect Cedi Osman has inked a three-year deal.

There were reports the Cavs were keen on Paul George earlier in the summer but instead he moved to Oklahoma.

There is still time for Cleveland to bring in a marquee capture but at this stage the squad doesn’t look any stronger than the team well beaten by Golden State.

Cleveland are 4.50 to win the NBA Championship 2017-18 outright and Eastern Conference rivals Boston Celtics are rated at 11.00.

Golden State are 1.60 and Minnesota Timberwolves are 41.00 after some impressive offseason recruitment, including the addition of Jimmy Butler from Chicago Bulls.