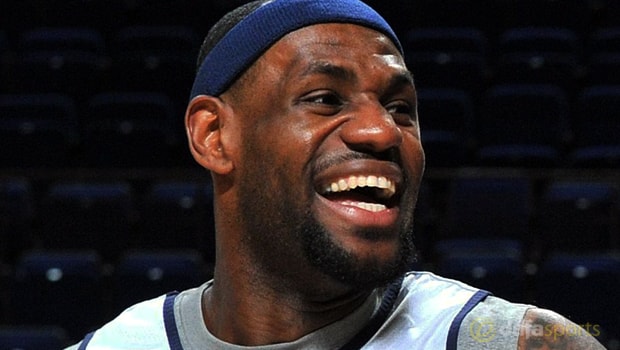 LeBron James has praised the way his “depleted” Cleveland side proved their class in Wednesday’s win over Toronto.

The Cavs have dominated the Eastern Conference in recent years but have seen their hegemony challenged this term by the resurgent Raptors and the Boston Celtics.

With the play-offs looming, the absence of Larry Nance Jr, Rodney Hood, Cedi Osman, Tristan Thompson and Kyle Korver was expected to hinder Cleveland on Wednesday.

James was again the difference though, notching 35 points, 17 assists and zero turnovers as his team edged home 132-129.

The Raptors’ DeMar DeRozan admitted afterwards that the Cavs remain the team to beat in the East but LeBron was keen to play down the circumstances surrounding victory.

Although he acknowledged that his side were hamstrung by their absentees, he is not viewing the result as a warning to their rivals.

“It’s a good win for us because of how depleted we are on our roster and everything that’s been going on,” he said.

“It’s a good win for us against a very good opponent. “But I don’t need to remind anybody about what my teams are capable of doing. So, that wasn’t a factor.”

Tyronn Lue’s men now are now set to face Phoenix on Friday, before meetings with the New York Nets and their talisman’s former side, the Miami Heat.

Next up for the Raptors is a clash against the aforementioned Raptors, before taking on the LA Clippers and the Denver Nuggets. However, they may already have one eye on next Sunday’s trip clash with the Celtics.