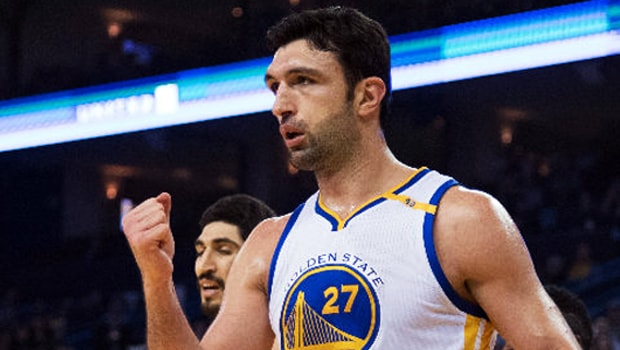 The Golden State Warriors expect to have Zaza Pachulia and David West available to face the Los Angeles Clippers on Thursday.

Both are still officially rated as doubtful to be involved when the Clippers arrive at the Oracle Arena, but coach Steve Kerr feels he will be able to call on center Pachulia and power forward West.

“They both looked great,” Kerr said, as reported by ESPN. “I would say there’s a good chance both of them would play tomorrow.”

Pachulia, 33, has been missing since the end of January with a shoulder injury but he says he is now ready to return, and he is confident the Warriors will manage any lingering injury problems correctly.

He said: “It’s about being smart right now. One of the advantages being part of this team, coaching staff and front office, they understand.

Coach Kerr has played in this game, so he knows perfectly now what a player needs.

He told me to take off the remaining games … and the All-Star break together and make sure I’m ready for the second half of the season.”

The Clippers have been touted as potential rivals to Golden State’s Western Conference dominance in the past but the Warriors have dominated recent meetings, winning all eight of their last encounters, including a 144-98 blowout at the end of January.