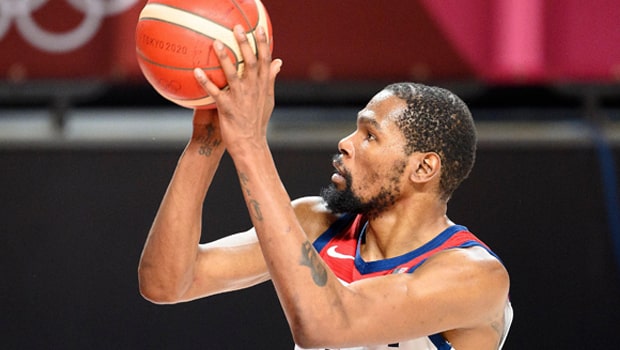 There have been great offensive players in NBA history. From Abdul Kareem-Jabbar to Magic Johnson; from Michael Jordan to Kobe Bryant and from Kevin Durant to LeBron James. These big players have always turned the match on its head with their breathtaking offensive performances.

In fact, there have been great players who are one of the most difficult to guard against. They are quick on their toes and can easily hit the basket on a consistent basis.

In an exclusive chat with BasketballNews.com, he specifically named KD and said, “maybe the best offensive player of all time.”

In fact, earlier Kobe Bryant had also admitted that Kevin Durant was one of the most difficult players to guard against.

Kevin Durant is definitely one of the most difficult players to guard as there is hardly any chink in his armour. Meanwhile, Durant scored 29 points against France in the Olympics final as the USA won by 87-82 to clinch their 16th Gold medal at the Games.

Kevin Durant is almost 7 ft tall and makes great use of his height to get the best out of himself. Durant can handle the ball like a guard and his shooting from the distance is impeccable.