Golden State Warriors are winning two of the next three titles – Stephen A. Smith 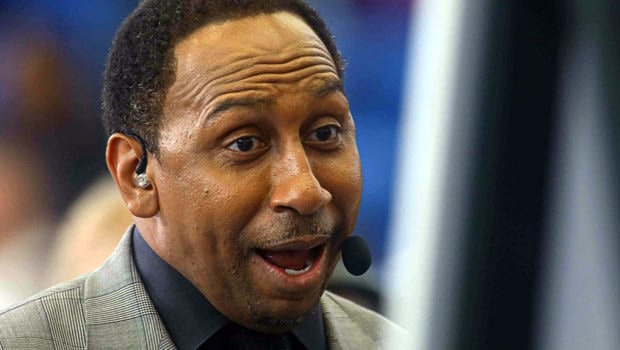 NBA analyst Stephen A. Smith has predicted that Golden State Warriors are winning two of the next three titles in the league. Smith has also backed the Dubs to beat Boston Celtics in the NBA finals in the ongoing season. GSW has been right on the money throughout the season and they will look to bring their best in the finals series.

As GSW has promising players like Steph Curry, Andrew Wiggins, Jordan Poole, Draymond Green, and Klay Thompson, Smith feels the team can dominate the league in the coming years.

GSW has come up with a collective effort and the likes of Andrew Wiggins, Jordan Poole, Draymond Green, and Klay Thompson have supported Steph Curry with great success.

He added: “I like Moses Moody, I like what I’ve seen from him. I like Kuminga. I really love Kuminga actually, okay? I’m looking at the Golden State Warriors being at least eight-deep.”

Meanwhile, LeBron James has won four NBA rings whereas Curry has won three championships in their respective careers. LA Lakers had struggled to get going this season and even failed to qualify for the playoffs. Smith reckons Curry will take over James’ championships tally in the coming years.

Smith said: “I am willing to say that the Golden State Warriors are winning two of the next three titles. I believe Steph Curry will eclipse LeBron James and capture five championships in his career, while LeBron is still stuck on four. That’s what I believe will happen.”

GSW has been a consistent unit as they have made it to the NBA Finals on six occasions in the last eight seasons. Game 1 of the NBA Finals will be played at Chase Center, San Francisco on Thursday.