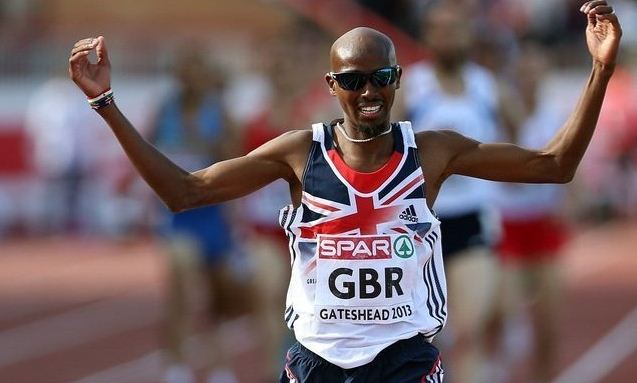 Mo Farah admits Sunday’s 5,000m at Diamond League meeting in Birmingham could prove to be a huge stepping stone in his bid for World Championship glory.

Since winning double Olympic gold in London, the 30-year-old has been somewhat quiet, choosing to enjoy his new-found celebrity status, but has now returned to full training in recent months as he looks to continue his build-up to the Championships in Moscow which begin on August 10.

Illness has hindered his comeback after he was forced to miss the recent meeting in Eugene, but he is now fully recovered and is looking to set a real benchmark after requesting two pacemakers for Sunday’s race in a bid to beat his own British record.

However, victory at the Alexander Stadium is by no means a formality due to the two fastest men in the world this year – Ethiopian duo Yenew Alamirew and Hagos Gebrhiwet – taking their respective places in the field.

It is certain to be an intriguing contest as with the legendary Kenenisa Bekele’s star now looking to be on a wane, the trio are likely to be the main contenders for both the 5,000m and the 10,000m at the Luzhniki Stadium.

Farah is understandably relishing the test in the West Midlands and believes victory will give him a huge boost heading into the World Championships.

“It’s a very strong field,” the Somalian-born star said. “I’ve been looking forward to this race after my disappointment at Eugene, so it’s important I come out here and try and win the race more than anything else.

“The crowd are always amazing, and it’s a good track. Everyone is there, pretty much. All the guys who have been competing in the Diamond League and running decent times.”