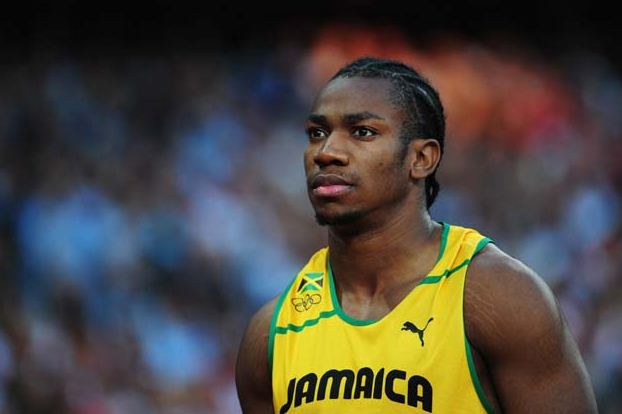 Reigning 100m world champion Yohan Blake has pulled out of next month’s World Athletics Championships with a hamstring injury.

The 23-year-old missed June’s National Championships due to the problem which he first picked up in April and has now confirmed he will not be fit to defend his crown in Moscow.

Blake famously took gold two years ago in Daegu after compatriot Usain Bolt false-started in the final but he hasn’t run a competitive 100m this year and struggled to a time of 20.72 in a 200m event in his homeland last month.

Despite his best efforts, ‘The Beast’ has now decided to withdraw from the championships as he doesn’t feel he’ll be in good enough shape to adequately defend his title.

“This decision was made after continual assessment and re-evaluations since his withdrawal from the Jamaican Senior Championships,” said his manager Cubie Seegobin.

“Yohan has made vast improvement, although the injury sustained in April of this year has prevented him from attaining the necessary fitness levels that we have grown accustomed to seeing in his competition performances.”

As reigning champion, Blake wasn’t required to qualify for the event at the Luzhniki Stadium in Moscow between August 10-18. His withdrawal has come as a further blow to the event following the recent positive dope tests returned by Tyson Gay and Asafa Powell.

The pair have already said they won’t be competing in the Russian capital, regardless of the results of their B samples which will be revealed in the next few weeks.

The absence of three of sprinting’s biggest names means it now looks likely that Olympic champion Usain Bolt will reclaim the title he won in 2009 while he will also be the massive favourite to complete a sprint double by taking the 200m.