Zlatko Dalic has no doubts over squad 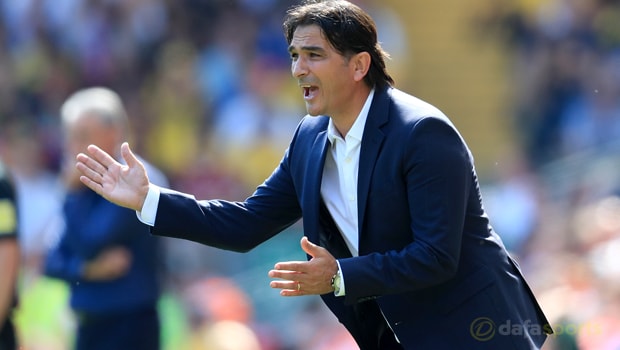 Zlatko Dalic insists he has no doubts about Croatia’s ability but admits they need to address a couple of issues before taking on Nigeria.

Croatia, who are priced at 1.53 to qualify from Group D, have put in some mixed performances over the last few months to win two and lose two of their friendly outings against World Cup-bound opposition.

Peru claimed a shock 2-0 victory over Croatia in March but Dalic’s side overcame Mexico four days later to provide optimism.

South American heavyweights Brazil then proved too strong at Anfield earlier this month as they claimed a 2-0 win but once again the Croatians bounced back to beat Senegal on Friday.

The Vatreni will take to the field at Kaliningrad Stadium for their opening game on June 16 against Nigeria and Dalic admits he now has some tough decisions to make over his starting eleven.

However, he insists he has no doubts over his squad and feels they will be able to find their feet quickly in Russia.

Dalic said: ”We have played four games, we have tried a lot, now we have to choose the best against Nigeria in five days.

The match with Nigeria is the first and most important one.

”I will give the opportunity to the best, neither young nor old, the best, Senegal has shown us all, we have to fix some things. There is no reason to fear.

”I know that there are great expectations, but it will not be easy. We have to be at the best possible level, but I do not doubt our team, we have great players and their quality has to come to fruition.”