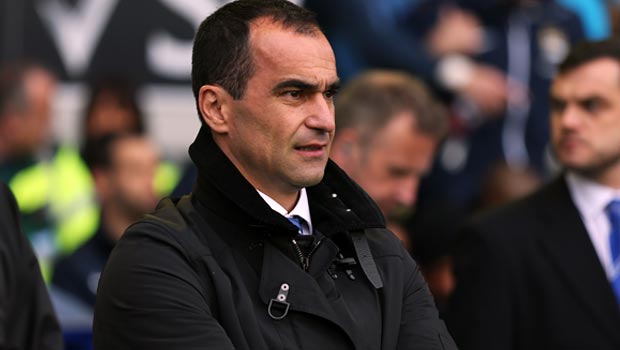 Everton boss Roberto Martinez has hailed England’s “brave” decision to rely on more youngsters and “develop a clear way of playing” at the World Cup in Brazil which he is confident will “be very beneficial for the future”.

There was disappointment for the Three Lions when Roy Hodgson’s side failed to win a single group game at the tournament in Brazil, with just one point from a draw against Costa Rica following narrow defeats to Italy and Uruguay.

It was the worst performance from an England side at a World Cup finals in half a century, but Martinez is in no doubt that the path the Football Association has taken will lead to some success further down the line.

And looking ahead to Euro 2016 in France ahead of the 2018 World Cup in Russia, Martinez believes England will start to see the rewards.

The Spaniard told Fifa.com: “I was very impressed with the manner that England approached the competition.

“Looking back at other tournaments, it was the case of trying to progress and go through. This time around, it has been a clear approach of: let’s try to be ourselves, let’s try to find solutions and learn from the experience for the future; if we progress in this tournament, great, if not we’ll get the benefits.

“There is a real legacy growing in this new England set-up.”

Martinez added: “Overall, it’s a positive approach, and I think there is an understanding from the English public that there needs to be a bit of patience and a structured path to be successful; not just to be good in big tournaments, but to try to win a big tournament.

“To get there following the methods of Belgium or even Spain takes time.

“There has been a step towards achieving that with how England allow youngsters to have a major say and develop a clear way of playing that is going to be very beneficial for the future.”