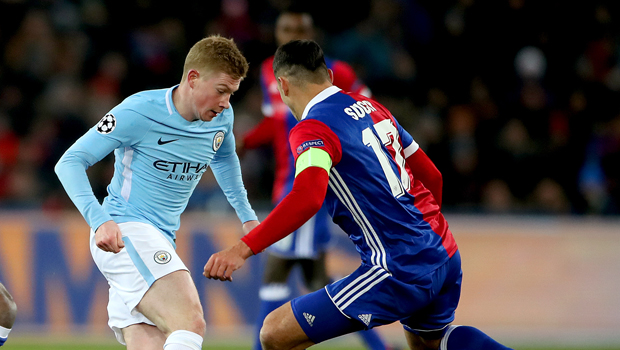 Kevin De Bruyne feels manager Roberto Martinez is responsible for instilling the belief in the Belgium squad they can win the World Cup.

The Manchester City ace admits that perhaps that belief was missing at previous tournaments for what has been described as a ‘golden generation’ for Belgian football.

Belgium now meet European neighbours France for a place in Sunday’s final in Moscow against either England or Croatia. Belgium have lost both previous meetings with Les Bleus at World Cups but are sure to be high on confidence after knocking out pre-tournament favourites Brazil in the quarter-finals on Friday.

This is only Belgium’s second appearance in the World Cup semi-finals after they lost to eventual winners Argentina in 1986. There were high expectations at the previous tournament in Brazil in 2014 and also at Euro 2016 but Belgium could not deliver.

Martinez has come in as manager, along with assistant Thierry Henry, and De Bruyne feels the Spaniard is responsible for the belief that is coursing through the squad in Russia.

“I think he has built on the potential of the team,” the playmaker declared.

“This team have been playing together for seven or eight years and I think he has brought us tighter together, with more belief in winning it.

“Maybe in the other two – the (last) World Cup and the European Championship, some players did not have the belief yet of winning it.”

Belgium will be without the suspended Thomas Meunier for the clash with France but otherwise they have a full complement.

Belgium won 4-3 the last time they met France, which was in a friendly in Paris in 2015.