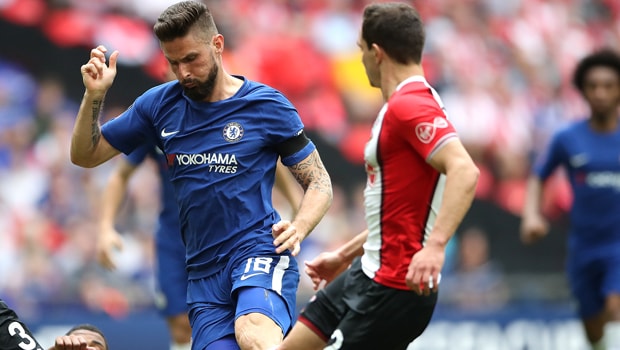 Olivier Giroud is confident France can overcome Belgium in the World Cup semi-finals but he expects the toughest test yet for his side.

Les Bleus beat Argentina 4-3 in the last 16 and backed that up with a 2-0 success over Uruguay in the quarter-finals but striker Giroud believes Belgium will be the strongest opponents France have faced so far.

“We have a big rivalry with Belgium – it is a derby, so this game will have an English feel to it. It is a special match.

“They are third in the FIFA rankings and they possess a very good generation of players. It will be even harder than the last few matches.”

The forward feels Courtois is one of the best goalkeepers in the world but he insists he can get the better of his Blues team-mate if a chance falls his way on Tuesday.

“Thibaut is difficult to beat and he has been very good at this World Cup,” he told reporters on Sunday.

“He has a strong defence in front of him, but I am sure we will be able to break through that wall.

“I have scored a few goals against Thibaut [in training] at Chelsea, and I intend to do the same again on Tuesday.”

Giroud is 7.00 to open the scoring in the first semi-final tie on Tuesday and France are 2.50 to win the match in 90 minutes.