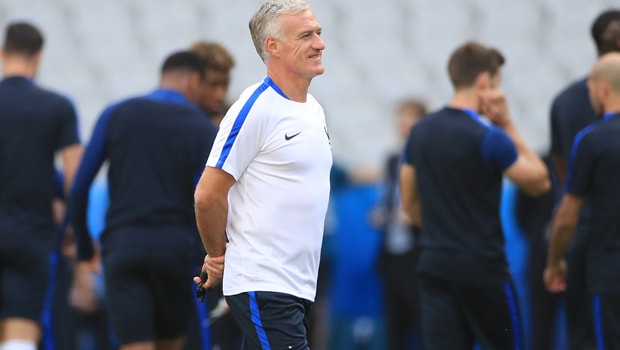 France manager Didier Deschamps believes his young squad are capable of dominating on the international stage for years to come.

Les Bleus booked their place in a second successive major final on Tuesday courtesy of a narrow 1-0 victory over Belgium.

The European rivals played out an enticing tie in Saint Petersburg with Belgium arguably enjoying the run of things in the first half.

France, who are priced at 1.67 to win the World Cup, stepped up in the second period to make it a more even clash before Samuel Umtiti headed home to break the deadlock.

The 1998 World Cup winners were put under a lot of pressure from Belgium in the closing stages but they were able to hold their nerve to reach the final.

After making it to the final of Euro 2016, which was hosted in France, Deschamps is hoping his men, who will face England or Croatia, can go one further this time and lift the title on Sunday.

Deschamps admits his young squad still have lessons to learn but feels they are capable of dominating in the future. “My players’ progress is huge.

The players today are going to be even stronger in two years’ time and in four years’ time, but today they are already competitive,” Deschamps told FIFA.com

“We don’t do everything right but of course there is a progression. I’m very proud of them.

“I’m very proud of their mentality as well because I know it’s not just that you are playing at a high level that you are going to score goals but with our state of mind we can climb mountains and that’s what we’ve done so far.”