World number one Novak Djokovic too strong for Rafael Nadal 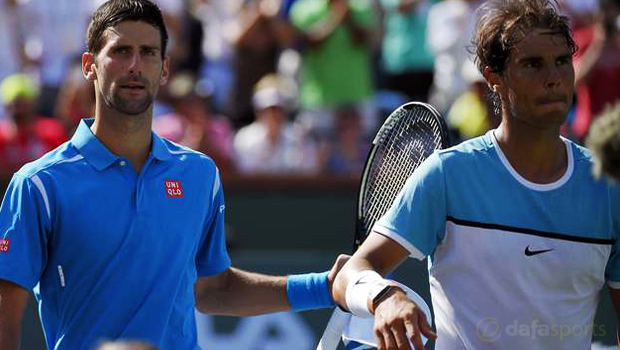 Djokovic was pushed all the way during the opening set and Nadal showed glimpses of his former self. However, the Spaniard was unable to keep up the pace in the second set and Djokovic powered through as he looks to try and break more records.

A victory on Sunday will give Djokovic his 27th Masters Series title, levelling Nadal’s bench-mark. A fifth Indian Wells crown will also put him one in front of Roger Federer.

Speaking after his win, the 28-year-old was quick to admit he was pleased with his battling performance.

He told Sky Sports: “I think resilience and hanging in there. Staying tough at the crucial moments.

“I had a pretty bad start, a double fault and I handed him the break but I managed to fight my way back instantly in the third game. I had a couple of break points that I maybe could have capitalised on.

“But Rafa is a great fighter and conditions here are suitable for his style of the game – the top spin is brutal!

“It wasn’t easy to handle that but I fought my way through in the first set and it was decided on one or two points but the second set was much better.”

Djokovic is the heavy favourite for Sunday’s final at odds of 1.17, while Raonic is priced at 5.00.