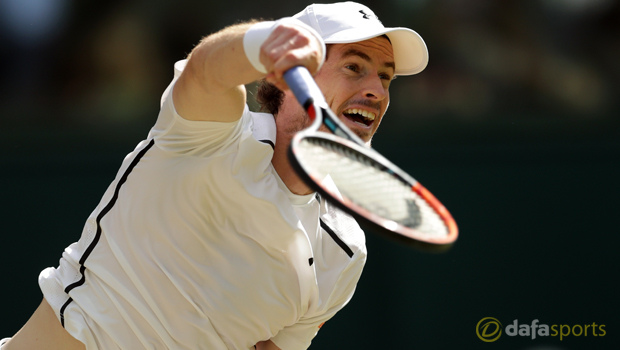 World number two Andy Murray is adamant he will still be up against it during Sunday’s Wimbledon final when he takes on Milos Raonic on Centre Court.

The Scot has only previously faced Roger Federer or Novak Djokovic at the final at the All England Club but Raonic beat the seven-time champion in a five-set thriller on Friday.

Murray enjoyed a routine semi-final win himself as he beat Tomas Berdych 6-3 6-3 6-3 to reach his 11th Grand Slam final.

While the 2013 champion won in straight sets, Raonic was forced all the way by Federer although Murray is still expecting a difficult contest.

Raonic has enjoyed a solid 2016 campaign, with his previous highlight being an appearance in the Australian Open semi-finals in Melbourne, where he lost to Murray.

Speaking ahead of Sunday’s match, Murray admits will not have it all his own way despite many fans expecting him to breeze to victory.

He told reporters: “It’s obviously an opportunity. I put myself in a position to try and win the event again.
It’s against someone new that I’m playing against in the final.

“But Milos is a very tough opponent. He’s played very well on the grass this year and has earned his right to the final by beating one of the best, if not the best player, ever at this event. So he deserves to be there.

“Obviously it’s the first time I’ll play a slam final against someone that isn’t Roger or Novak. So that’s different.

“But you never know how anyone’s going to deal with the pressures of a slam final.

So I just have to go out there and concentrate on my side, do what I can to prepare well for it and see what happens.”

Murray is the heavy favourite at odds of 1.25, while Raonic is priced at 3.80 with Dafabet.