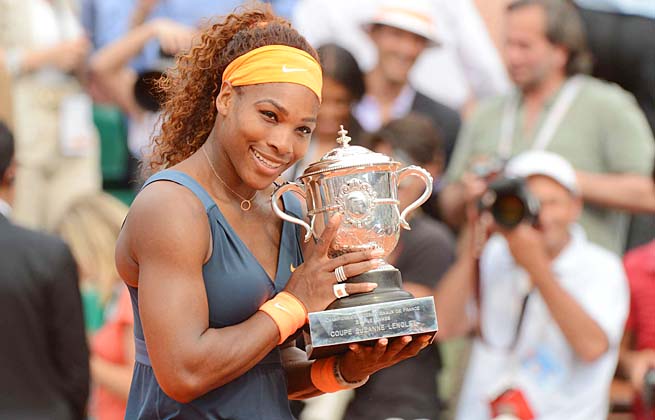 Serena Williams targets to win more Grand Slam titles after she sealed her 16th victory over Maria Sharopova in the French Open final.

Serena Williams says she has plenty of desire left to win several more Grand Slam titles after the US star sealed her 16th such triumph with victory over Maria Sharopova in the French Open final on Saturday.

The 31-year-old overcame her Russian opponent in Paris, winning in straight sets 6-4 6-4, to land yet another top title and move to within two of both Martina Navratilova and Chris Evert, who both won

It was Williams’ powerful serve which again proved to be the difference and afterwards she insisted she wants to enjoy further success in the top tournaments.

Williams, who saw off Sharapova in the final game on Saturday with three aces, admitted she was nervous as she approached the finish line in Paris and was just concentrating on her huge serve to help her through.

“At that point I was just so nervous,” she added. “I thought: ‘I’m not going to be able to hit groundstrokes.'”

“As you see, the one groundstroke I did hit went like 100 feet out. I thought to myself: ‘Look, Serena, you’ve just got to hit aces. That’s your only choice.’

“I wouldn’t have been able to hit a forehand or a backhand or any shot, for that matter.”

Williams will hope to add another Wimbledon title to her list of achievements when the action at SW19 this year gets underway on June 24.