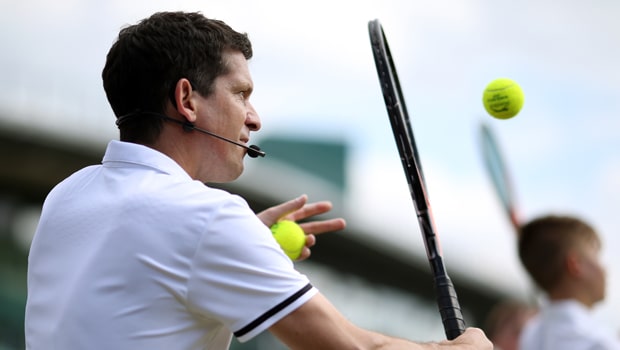 Former British number one Tim Henman is confident Serena Williams will be in the mix for the US Open title as she looks to equal Margaret Court’s Grand Slam record of 24 trophies.

Williams has been the dominant force in women’s tennis for over a decade and has 23 Grand Slam titles to her name, with the last coming at the 2017 Australian Open.

The 37-year-old missed the next four major events due to the birth of her first daughter before returning at the 2018 French Open, where she reached the fourth round.

Since that outing in Roland Garros, the American has reached three out of the next five Grand Slam final but has ended up losing each one, going down at Wimbledon for the last two years and also the 2018 US Open.

Williams was thumped at the All England Club by Simona Halep in the 2019 women’s final, losing 6-2 6-2, but Henman is confident the former world number one will be in contention for the title at Flushing Meadows.

In an interview with Omnisport, the Briton said: “She’s been in three slam finals in the last year, so she’s still playing at a very high level. It’s just a question mark of whether she can equal it and overtake Margaret Court. [The] US Open is not far away and I’m sure she’ll be in the mix in New York.”

Williams is the 5.50 favourite to triumph at the US Open, while Halep, who Henman believes can build on her grass-court success, is next in the betting at 6.50. “

Halep played amazingly well to dominate and win 6-2, 6-2,” he added. “She won a slam, she won the French Open before, been number one in the world, she’s a great player. To get that second slam under her belt, I think there’s a possibility she could kick on from that.”