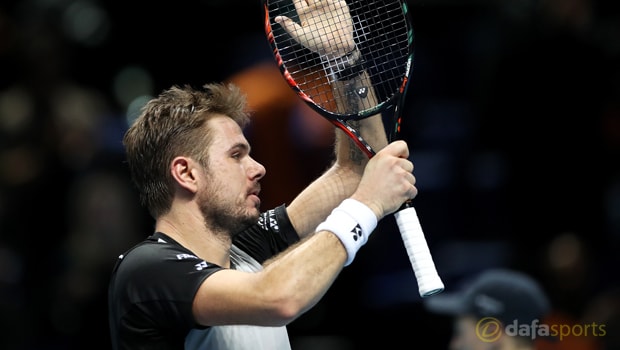 Stan Wawrinka is hoping to produce a positive showing at the Mutua Madrid Open as he steps up his preparations for the French Open.

The world number three has not been in action since his surprising third-round defeat to Pablo Cuevas in last month’s Monte-Carlo Masters, but he is now looking to step up his clay court season with a strong performance in Madrid.

The 32-year-old reached the final in the Spanish capital four years ago, losing in straight sets to Rafael Nadal, and he is confident of producing another positive performance at Caja Magica this week. “I feel good,” Wawrinka said.

I think I’ve been practicing a lot the last two weeks. Since Monaco I’ve been doing a lot of fitness, tennis, with my team. I’m feeling fit and ready.

“I’m feeling good. I know now I’m playing a few tournaments in a row, clay court. Hopefully I can do some big result.”

With the French Open set to get underway at Roland Garros in two weeks’ time, Wawrinka knows how important it is to get plenty of clay court practice in, although he insists the Madrid Open is much more than just a warm-up for the second major of the year.

“For me it’s a big tournament,” the Swiss ace continued. “It’s important tournament in the calendar. When I come here, I come here to play well, to make some results, not to get some matches before French Open.

“For me it’s important to try to make results every week I’m playing. That’s how I see this big tournament.”

Wawrinka is the third seed in Madrid and has therefore received a bye into the second round where he will face either Benoit Paire of France or Spain’s Pablo Carreno Busta.