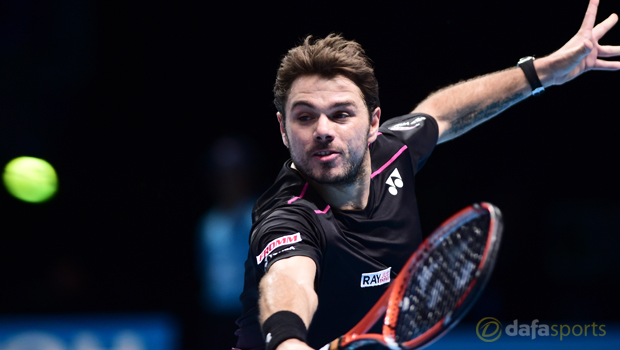 The Swiss star was one of the few players to beat Djokovic in 2015 when he claimed a four-set win in the final at Roland Garros, in the process preventing the world number one from completing a career Grand Slam.

The Serb’s dominant form continued into 2016 before he suffered a shock defeat to Czech Jiri Vesely in the second round last week in Monaco.

Perhaps more worrying for Djokovic is the form of Rafael Nadal, who beat Wawrinka and Andy Murray before downing Gael Monfils in the final to show he is nearing his best form.

The ‘King of Clay’ has struggled with injury over recent years but having only lost once at Roland Garros between 2005 and 2014, will be pumped up for the French Open.

Nadal is playing again this week in Barcelona but Wawrinka is one of the players to have skipped the event in preparation for the upcoming tournaments in Madrid and Rome.

Those events are the traditional tune-ups for the French Open and Wawrinka admits last week’s results have made them even more important ahead of his defence at Roland Garros.

Wawrinka said: “It allowed him (Djokovic) to take a little bit of time for himself. From a technical point he knows exactly what he wants this year.

“But Rafa’s win will change the situation, he will re-find confidence.

He won a big title, played a little bit better than what we saw in the last months. I believe that it will make Madrid and Rome interesting and very important for everyone.”

Despite his defeat in the Principality, Djokovic is currently the 1.80 favourite to win the French Open ahead of Nadal at 4.33 while Wawrinka is available at 11.00.