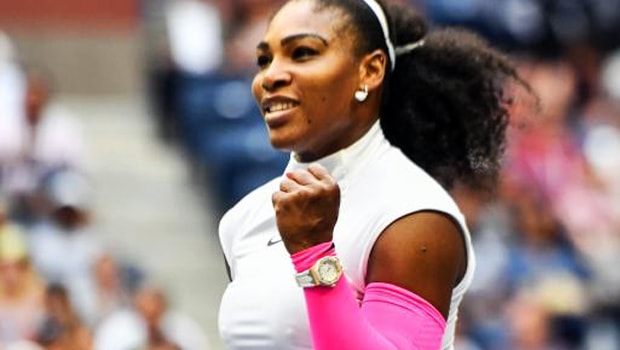 Serena Williams says she won’t be thinking about surpassing Steffi Graf’s Grand Slam record when she bids for Australian Open glory in Melbourne.

That was her sole Slam of 2016 however and ahead of her Melbourne opener on Tuesday she insisted she was “just here to play and win”.

She has emerged successful on six previous occasions from Melbourne Park, but Williams insists it gets no easier to deal with the expectation placed on her shoulders.

“It’s never easy for me. All I can do is do my best,” she said. “I didn’t come here to lose in the first round or the second round, or at all.”

Williams is 3.50 to win the Australian Open, with 2016 champ Angelique Kerber 4.33 to retain the crown. Bencic meanwhile says she is relishing the chance to face Williams in the opening round.

She revealed that most people have been suggesting it was an unfortunate draw, but that she is happy to take her chance against the greatest player in the modern ladies era.

“My first reaction was actually really happy. So I think I’m excited I get to play on the big court, I guess,” said Bencic.

“Everyone is like, ‘Oh, bad luck with the draw’. Me, I’m pretty happy and excited about it.”