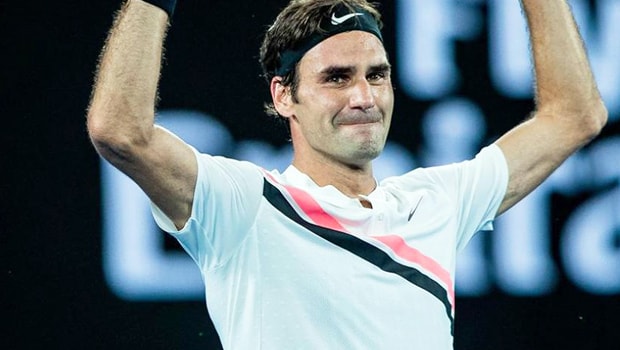 Roger Federer has described successfully defending his Australian Open title as a ‘fairy tale’ moment in his career.

The Swiss ace followed up his 2017 success with a five-set triumph over Marin Cilic during Sunday’s final, a result that means he has now won six Grand Slam titles in Melbourne, equalling the record held by both Roy Emerson and Novak Djokovic.

Federer was understandably delighted to equal the record held by two of the greats of the game, but he was more satisfied with the fact he was able to successfully defend his Australian Open crown at the age of 36.

“Defending my title from last year, sort of the fairy tale continues,” Federer said in his post-match press conference.

“That’s what stands out for me, maybe not equalling Emerson or Novak. They had their own unbelievable careers. “It’s definitely a very special moment in my life again.”

The world number two has also won three of the last five Grand Slam titles up for grabs, but he admits he is unsure how long he will be able to sustain his impressive form for, although he hopes to add further major titles to his list of accolades.

When asked whether he could sustain his impressive form, Federer said: “Honestly, I don’t know. I have no idea. I’ve won three slams now in 12 months. I can’t believe it myself.

“I [have] just got to keep a good schedule, stay hungry, then maybe good things can happen. Then I don’t think age is an issue, per se. It’s just a number.”

Federer’s next opportunity to add to his Grand Slam tally will be at the French Open in May, while he will also fancy his chances of successfully defending his Wimbledon crown and he is priced at 2.80 to achieve that feat.