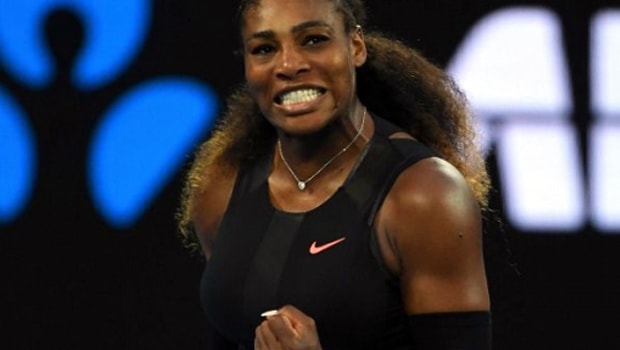 The American surpassed Graf when she defeated older sister Venus in straight sets to win the Australian Open in Melbourne, her 23rd Grand Slam title.

However, speaking in her post-tournament press conference, Williams wasn’t about to burden herself with any future tally targets.

“I never had a number. That’s the beauty of it,” said Williams, who won her first major at the 1999 US Open.

It’s just really remarkable.” The win was Williams’ seventh Australian Open crown. She had tied Graf’s Open-era record last summer when winning Wimbledon before losing the US Open semi-final in New York, after which she took an extended break to allow her body recover.

In 2015, Williams narrowly missed out on winning all four Grand Slam titles in one calendar year when she lost in a US Open semi-final at Flushing Meadows to unheralded Italian Roberta Vinci.

She is delighted for now to have surpassed Graf’s benchmark and admits it had been a target for some time.

“It’s such a great feeling to have 23,” she said. “It really feels great. “I’ve been chasing it for a really long time. When it got on my radar, I knew I had an opportunity to get there, and I’m here.”

Williams is 3.00 to win the French Open in Paris this year.