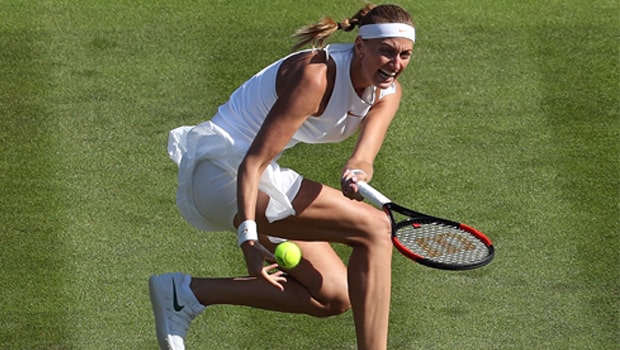 Petra Kvitova says she is planning to compete in fewer tournaments in 2019 in order to try and prolong her career.

Speaking after beating American Danielle Collins in three sets at the Brisbane International, Kvitova revealed she will reduce her schedule this year to try and give herself the best possible chance in the big events.

“I spent probably two weeks healing myself, so I didn’t go anywhere for vacation,” said the Czech star, as reported by Tennis World USA.

“Everything was very smooth. I’m here, finally, after a year I’m healthy.

“I had to withdraw last year [from Brisbane], so I am already better. It’s tough to schedule a tennis program, you never know how far you’re going to play.

But overall I would like to play less tournaments compared to last year. I do have a little bit more years under my belt, so I need to be worried about it as well.

“Last season probably showed me. It showed me that probably I need a little bit more spaces between tournaments.”

The two-time Wimbledon champion won five tournaments last season but struggled to make an impact in the Grand Slam events.

Kvitova fell at the first hurdle in both the Australian Open and Wimbledon and was knocked out in the third rounds of the French Open and the US Open.

The world number seven will be keen to make her mark at the Australian Open and Kvitova is 19.00 to win the tournament outright.

Simona Halep is 12.00 to take the top prize in Melbourne and home hopeful Ashleigh Barty is a 34.00 chance.