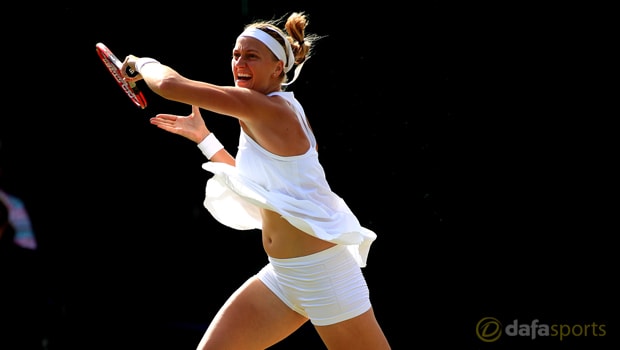 Czech Republic star Petra Kvitova believes playing in the Hopman Cup at the start of the year will act as perfect preparation for an assault on the women’s 2017 Australian Open. crown

Kvitova has endured a disappointing 2016 season, far from her usual high standards, and failed to make any real impact in the four Grand Slam tournaments.

The Czech was knocked out in the second round of the Australian Open and Wimbledon, made the third stage of the French Open before managing to reach the US Open fourth round.

It was a poor display in the ‘big four’ competitions although there was some success towards the end of the campaign to at least end the year on a high note.

The 26-year-old won the Wuhan Open in China before clinching the WTA Elite Trophy in the same country to take her WTA title tally to 19.

Kvitova is now set to feature in the Hopman Cup that runs from January 1-7 in Perth and she will be looking to win the event for a second time, having triumphed in 2012.

The two-time Wimbledon champion is looking forward to the event and feels it will put her in the right spot for a shot at the Slam at Melbourne Park.

“In the middle of the year I was thinking it would be great to return to Perth. It’s a great event to be prepared,” Kvitova said. “You are guaranteed the three matches in the group for sure.

Kvitova is currently priced at 13.00 to win the first slam of 2017 whilst former world number Serena Williams is the 3.00 favourite.