Novak Djokovic set for US absence 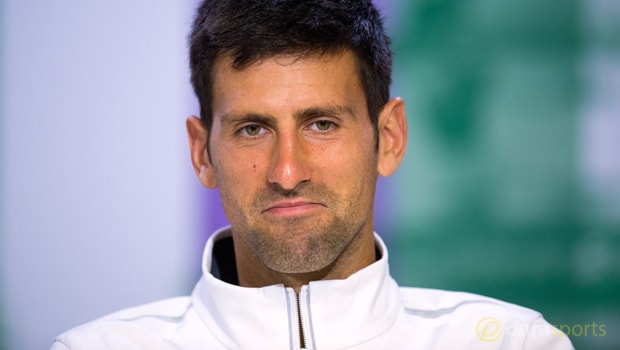 Former world number one Novak Djokovic is almost certain to miss the US Open at Flushing Meadows, which starts next month, after failing to recover from a long-standing elbow injury.

Djokovic, who completed the career Grand Slam when winning the 2016 French Open, had to withdraw from his quarter-final Wimbledon clash against Czech Republic star Tomas Berdych earlier this month because of an elbow injury.

The Serbian had been hoping to recover from the issue in time for the US Open – the final Slam of the season – but it appears he will not be fit enough in time to challenge for a third title at Flushing Meadows.

Serbian doctor Zdenko Milinkovic, who has assessed the world number four recently, says the 30-year-old needs plenty of rest in order to fully recover from the troublesome elbow issue.

“Nole must rest for six to 12 weeks,” he told Sportski Zurnal, a sports newspaper in Serbia. “The next examination will know whether this assessment stays or changes.

During this period, he will not train with a racket but he will run other sessions, such as fitness and the like.

“The symptoms have calmed down, he was with a specialist at Toronto for additional tests. He also consulted our experts of course because we are great friends.

Now it’s important to rest with different types of procedures that can affect recovery.

Surgery remains the last option.” With just five weeks to go until the start of the US Open, it looks unlikely Djokovic will be fit to play and this could open up the tournament slightly.

Reigning Australian Open and Wimbledon champion Roger Federer is the 2.80 favourite to triumph in the hard-court event, while Andy Murray, who is also a fitness doubt, is priced at 6.00.

French Open champion Rafael Nadal is second in the betting at 4.50, while Stanislas Wawrinka and Marin Cilic are priced at 13.00 and 15.00 respectively.